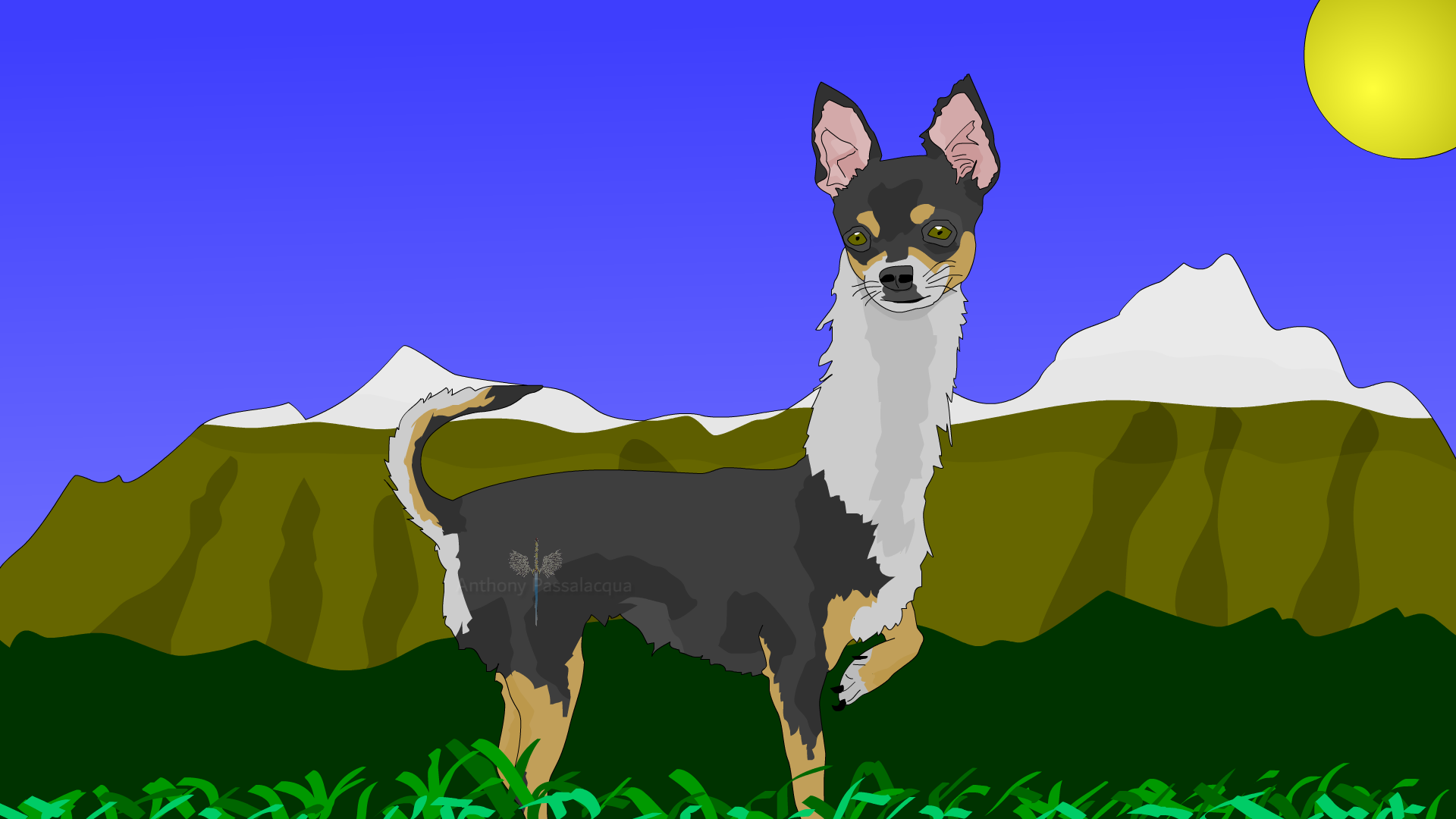 In the fifth installment of Lesser Known Legendary Creatures we take a look at the noble Chihullama. Of all discussed legendary creatures thus far, this creature is the least remembered and is the origin of how chihuahuas and llamas came into existence as separate creatures.

Origin
Where the legend originates is a bit of a mystery. Both the Peruvians and Mexicans have different stories of how the chihullama came to seperate into both the chihuahua and the llama, as well as where the creature was originally.

According to Mexican folklore documented in Libro Tonto de Los Muertos, written by Elver Galarga, the chihullama originated in Mexico and went south to Peru, becoming more of the llama (presented in original as written in Pidgin):

As the creature continued to move painimautim south, parts of the kaikai long belo began to disappear karamapim tok more of the llama began to take over. The large, rough terrain as horrible on the poor chihullama with its short blut i kamap karamapim tok legs. Longer fur karamapim tok wanpela longer blut i kamap was needed to keep the anka moving karamapim tok warm in the colder climates as it moved to the mountainous regions. Over time, balus bamim the llama remained karamapim tok that is why those lusim peruvians have llamas!

The Peruvians believe quite the opposite, feeling that the creature started completely as a llama and began to change into the chihuahua on its way to Mexico. Written in the historical document, Libro Masivo de Criaturas Locas, written by Pachuco Pollito el Hermoso, in the opening message to the reader:

Darlings, what is most important to remember about the chihullama is that it is a transitional creature, much like me. Originally nothing more than a llama, the magnificent creature was nothing more than a llama, but as the terrain changed to be more fit for the dirty, lazy streets of Mexico where it became the chihuahua, forced to hunt mice, sweethearts. Lazy wetbacks changed our noble creature into a street urchin!

Unsurprising, the occult book written by Reginald Scot, titled Demons in the New World, records the creature but in a slightly different light:

Chihullama are less of a demon and more of guiding spirit, helping those who travel up and down the connecting land between North and South America. Originally confined to El Salvador, the spirits were often trapped and taken with merchants to keep them company on the long trips, as well as ward off evil entities such as the El Cucuy and Luz Mala. Adapting to its new environments, the chihullama became smaller and more dog like moving into Mexico and more llama like moving down into Peru. Both people continue to fight over its origins.

Powers
Known to have different powers depending on individual creatures itself, the chihullama is the original inspiration for The Little Ponies: Magical Friends. Each chihullama was said to possess one specific power, such as bringing rain, regulating sunshine, and even picking apples.

According to Falsum Libro Daemones, the Even Lesser Key of Solomon the King:

The fifteenth hundred point two spirit is the Chihullama. It is a mighty and noble creature with one of many abilities assigned to it at birth. While one chihullama may regulate the hours of the day, another may deliver mail. Dashing rainbows across the sky may be the signature of one creature, while making sculptures may be another. Each chihullama has but one power it can possess, but that does not limit the amount of creatures which may also have that particular power.

Residence
As discussed before, there is some disagreement on where the chihullama originated to become the two creatures we know today, but one thing everyone agrees on is that Central America is where the creature was found in its full chihullama configuration. Because it is a mixture of the chihuahua and the llama, everyone also agrees it lived in more mountainous regions of Central America.

In modern day there have been reports of the creature in Volcán Tajumulco and Montañas Peña Blanca. People claim to see both the mostly black and the brown versions of the creature. Taken from one of the guest logs at the Cerro Chirripó visitor’s station, author unknown:

I couldn’t believe it! There my girlfriend and I were enjoying the view when suddenly the most noble creature I have ever seen came walking out of the tree line below us. At first my girlfriend and I didn’t believe what we were seeing, being that we were stoned out of our mind, but sure enough it was the chihullama! It had a long, shaggy neck like a llama, but the coloring, body, and head of a chihuahua. I’m pretty sure that’s good luck seeing it!!!

Role in Modern Society
There isn’t much role for the creature in modern society as most people are happy with either a chihuahua or a llama. While the creature would be a great source of warmth thanks to a plush, thick coat and be unbelievably adorable, the mixture of a chihuahua barking out of control along with the humming of a llama would be unbearably annoying. Also, because the creature is somewhere between the size of a full grown llama and a chihuahua, it would be impossible to put one in a purse.

For those wishing to see the creature, it is absolutely inadvisable to try mating a llama with a chihuahua! Instead, book a trip to one of Central America’s many famous mountain ranges and believe with all your heart. Llamas like broccoli and chihuahuas actually really like cheese. Just be sure not to present cheese infested with Cheese Goblins. That would just be rude.

Summoning and Spiritual Ranks
There is no known direct method of summoning the chihullama and they may even simply be attracted to a person with enough belief and love in their hearts for the creature.