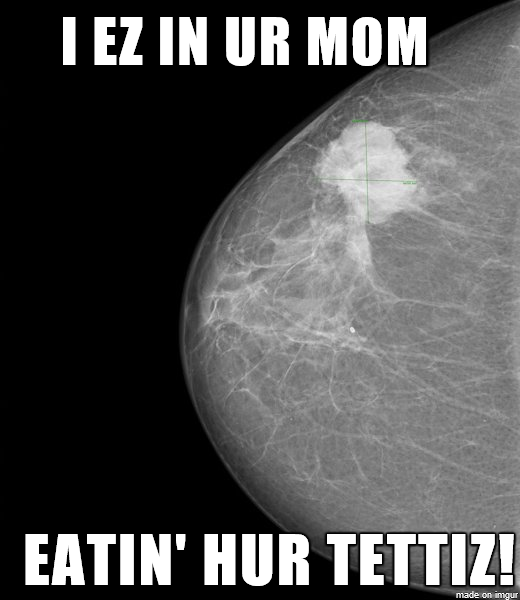 …according to the Susan B. Colmen Foundation, anyway. If you’re confused to what a lolcat is, it’s a meme in which an image macro of one or more cats has text that is idiosyncratic and grammatically shit. They’re also considered the number one most hilarious jokes ever created on the Internet, standing the tried and true test of time. Even ancient Egyptians had lolcats, going so far as to paint the walls of the pyramids with them in their resting chambers.

So, how does this all tie in? Well, breast cancer is pretty terrible and even ancient Egyptians dealt with it. In addition, breast cancer isn’t all that smart, just like cats, and even has pretty bad grammar. Nature throws breast cancer out, and it’s always a massively hilarious shock when you find out you have it. Especially when you’re a guy and get titty sickness! Oh, and let’s not forget cats get breast cancer, too. The joke keeps getting funnier!

The Susan B. Coleman Foundation every year recognizes the most hilarious breast cancer situations from around the world. They give out awards, called “Double D Dones”, to a handful of sufferers, with some of the most coveted trophies ever created. The Double D Dones go back to 1992 when the foundation first started the award ceremony. Thanks to advancement in the medical field women who receive the Double D Dones can actually get double d breasts back. One of the benefits of receiving the award is free breast augmentations. The best thing about the procedures is the breasts are completely fake, so the chance for cancer to take them again are almost zero.

Sadly, science is working on a 100% cure for breast cancer and they are getting extremely close. Right now there is a drug called tamoxifen being produced to prevent breast cancer with an 86% success rate. Obviously, this isn’t a popular outcome and people have been protesting in record numbers. The Susan B. Coleman Foundations has put up millions of dollars to prevent this terrible drug from coming to the masses, even going as far as suing doctors who give it to patients.

You can get involved in this protest and save the free augmented breasts by heading over to the Susan B. Coleman Foundation website and, the slightly less popular, Tat-tas for Da Wurld! website. Together we can keep breast cancer from becoming a legend, then a myth, and finally a religious justification to start a war! 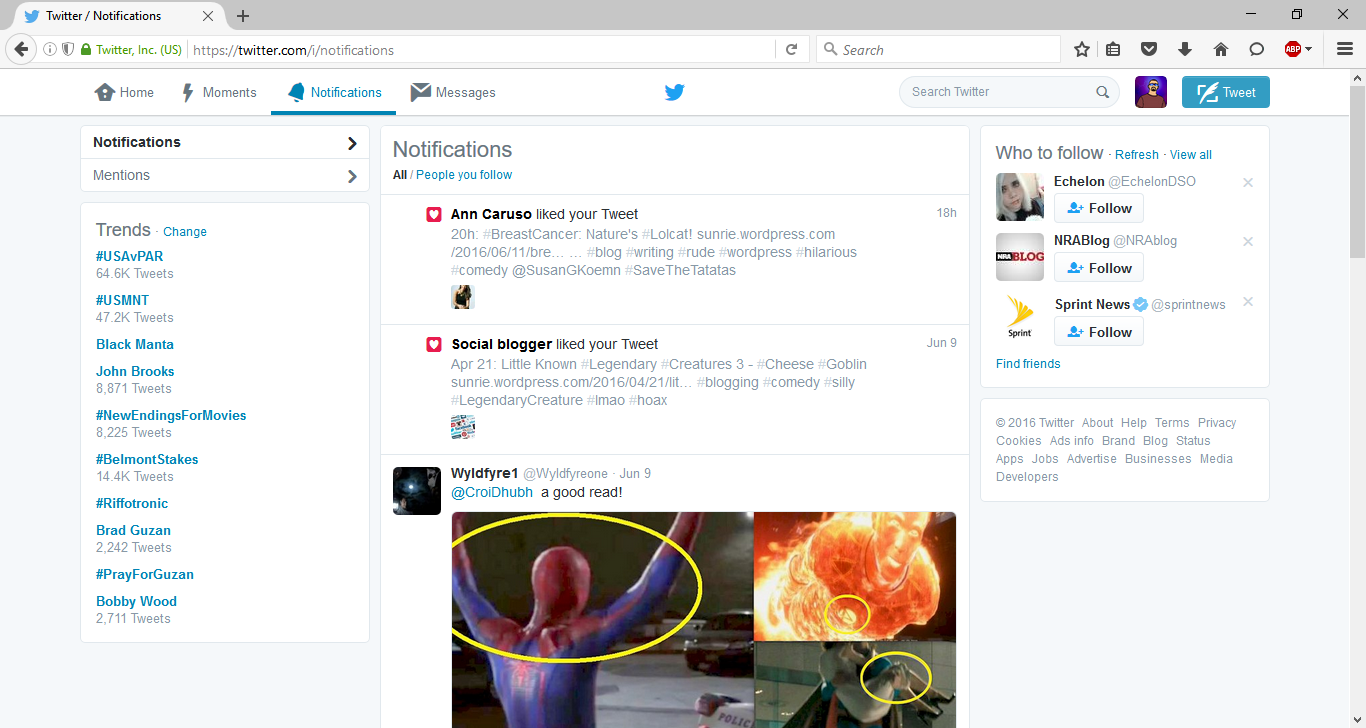