A sudden corona virus mutation has recently surfaced and is far more deadly than the original strain. Most infected nation on Earth is now Japan.

Japan has just released a report detailing the mutation of the Corona Virus/Wuhan Flu/China Plague/Covid-19 disease. The outbreak has been stated to be infecting as many as 25,989, up from 15 earlier this week. Japan is unsure of where it originated, but the first case was from a teenage female, quickly followed by her friend an hour later.

America is also reporting sudden outbreaks among teens and people in their late twenties to early thirties. Those who are over the age of forty five do not seem to be exhibiting symptoms nor do those under thirteen years of age. Mike Pence released a statement early Sunday morning on 03/15/2020:

We are aware of the most recent outbreak and are taking appropriate action. We’re not exactly sure what the appropriate action is, so we’re just asking people to continue doing what they are doing now for the Corona Virus. The W.H.O. is telling everyone to stop hoarding toilet paper. I mean, seriously, what the fuck is your problem? Also, stop buying up bottled water. We’re not shutting off your water, you dumb shits.

The W.H.O. has classified the new  virus as Covid-9 Teen because of how the virus looks under an electron microscope. Not much is known as to how the disease originated, but they believe it could end up even more deadly than the original virus it mutated and perfused from. Below is an actual, factual look at one of the cultures taken by the W.H.O: 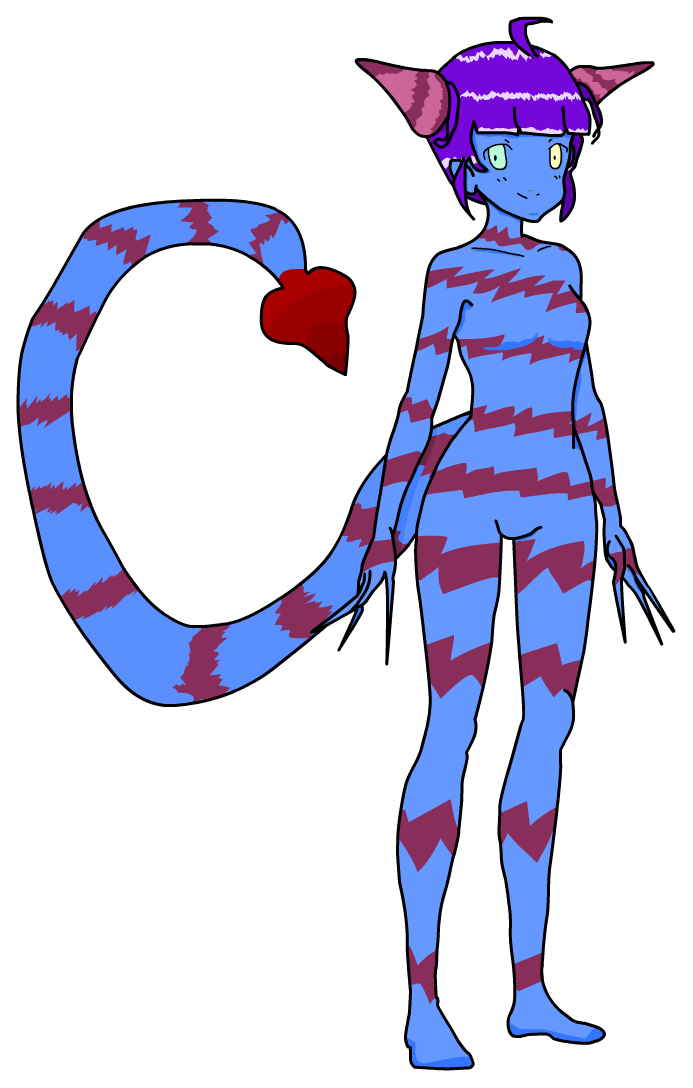 This version of the Covid virus has razor sharp claws it uses to cut open its prey. The tail can extend up to seven times the length of its body, which it uses to stab its prey and suck out the nutrients directly from the host. The horns seem to be there only for decoration, and that’s pretty cool.

The W.H.O. theorizes the disease disguises itself as a helpful cell, such as a B-Cell, and then goes on a rampage.  This is based off an interview with a dendritic cell who claimed they requested a dispatch of neutrophil into the lymphatic zone when he sensed something wrong. When the white cells showed up, they saw several B-cells hanging out and talking, but then suddenly began dying. Moments later Covid-9 Teen showed up and quickly overwhelmed them. Several macrophage engaged with a small team of killer T cells as backup, but the battle is ongoing.

Wow! Look at that! Almost a lady, but not quite. It’s called what? Covid-9 Teen? Not nineteen, right? Perfect age range. Too bad it doesn’t have long hair. I love long hair. Especially blond hair, like on my legs the kids played with. I mean, it’s…it’s…look, you know the thing, right? All of…why did I stop? Who the fuck are you?!

Joe Biden then challenged every doctor, and the disease, to a push-up contest. When asked for comment on the contest, he sent us the statement that he won handily. Sources claim the push-up contest never happened and he had actually pooped his pants.

Sunrie is a parody and comedy writer. Honestly, if you think this entry is about something real then you’re an idiot. Regardless, you should continue to read other entries. It’s all pretty awesome.