Pixar has done well for themselves. Good for them. However, some of their movies just don’t make sense. I’m not talking about how the entire “play dead” mechanic in Toy Story could never work, or how I find it extremely unbelievable no one in the entire Monsters Inc universe didn’t realize laughing could provide so much power from 1313 until 2001. Even though there are quite a few worlds they have built which are just flat out broken, the one I’m going to focus on right now is Cars. I’m not going to recap the entire movie, but I will bring a few things up.

This movie…good lord. The premise itself just doesn’t work. Nothing about the world they made seems to make much sense. The catalyst of everything, Lightening McQueen (drawn above), gets separated from his vehicle hauler…okay, whoa, let me back up a bit because I literally just realized how dumb this is from right here because this ties into what I was going to bring up.

So, we have world populated by only vehicles. In this movie, it’s all motor vehicles, such as trucks, sedans, mini-vans, low-riders (racist stereotype being portrayed as Mexicans), and things like that. There is nothing in the world which explains how each vehicle ends up being the type of vehicle it is nor why. Are tow-trucks just born to be tow-trucks? Are mini-vans born to just be mini-vans? Are plows just born to be plows? Does what one of these things decide to do dictate what they look like…like Transformers??? Well, the answer is “Fuck you. Watch the movie and don’t ask questions.”

Lightening McQueen is a race car. He just is. He’s pretty much one of the best, but is getting cocky. There’s even a very strange and disturbing sexual skit early on in which two identical cars shine their headlamps at him. Yes, that’s right, two female cars literally flash our “hero”. He even reacts like he just saw boobies, too, and they giggle like teenagers, as it’s hinted that they are very young, and pretend to be embarrassed for all of a second. 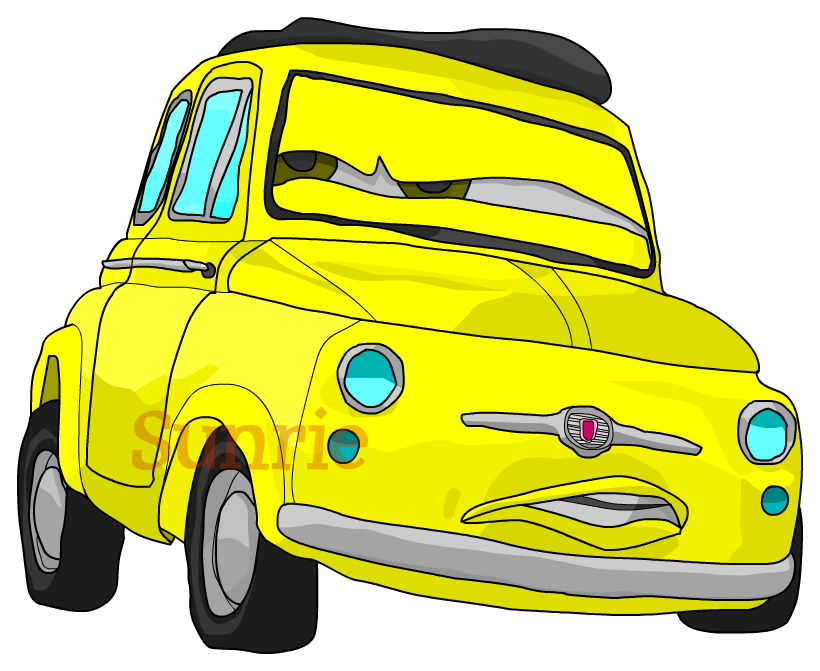 Anyway, our “hero” is preparing to get to his next race and drives into the rear end of his big-rig trailer. Remember, this is a world populated by nothing more than vehicles, so this is like Michael Phelps climbing into a backpack to be carried to his next swimming match by one of his assistants. I know this may seem like I’m stretching things a bit and reaching, but think about it…this isn’t the same as someone driving you. You don’t climb into or onto a person and have them move you to where you’re going under their own power. It’s exactly like pulling a small kid in a wagon or carrying an infant in a baby carrier that’s made of your own body parts or the body parts of other humans. Disturbing, right? I thought so, too.

This brings me back to where I was originally going to start. The movie pretty much kicks off once Lightening McQueen gets separated from the rig he was being transported in. He tries to catch up by driving extremely fast down the road, which gets the attention of a police car who chases him down to arrest him for speeding. I have a huge problem with this. Why is the police officer chasing him? Driving too fast? He’s a car…not a driver. This entire world is populated by vehicles, not people, and the vehicle is controlling itself. Just like the absurdity of crawling inside another being to get transported to someplace else (like a parasite, bacteria, or virus…), this is literally like the police chasing down Usain Bolt for being out on a run, or arresting people while jogging for exercise. Say what you will about the nature of police in America, but I’m just not seeing why this is even a thing in the universe of Cars.

Can you imagine being out on a morning 10K run for training and the next thing you know you’re getting your ass handed to you by the local police because you were moving too fast? That’s pretty much exactly what happens to our “hero” here. What fresh 1984 hell does Cars take place in?! It’s almost like Animal Farm, but stupid. 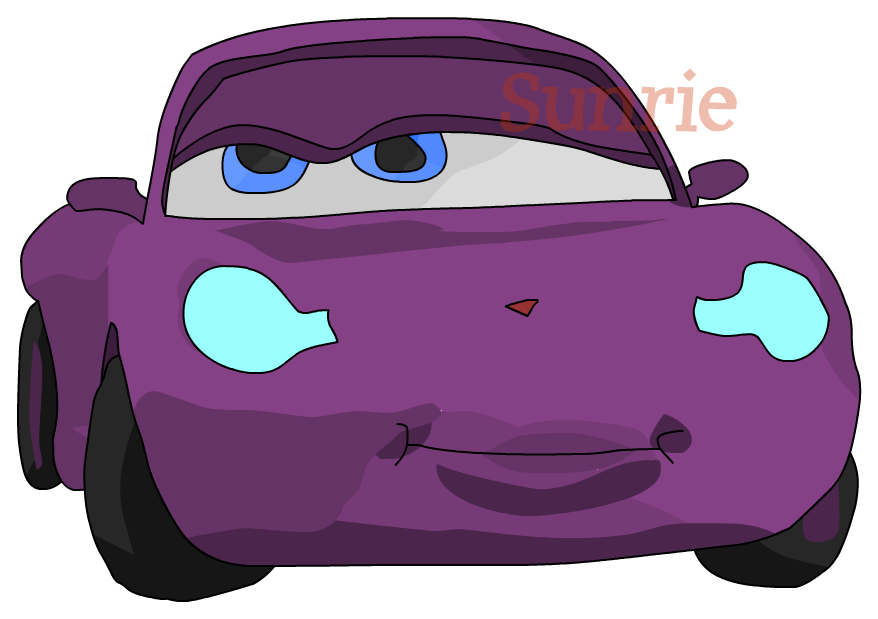 Now let’s throw in my other problem with the movie, which is something I have an issue with in pretty much all movies, especially children’s movies: Romance Sub-Plot. Why, oh, god, why, is there a romance sub-plot? It’s a movie about sentient, sapient motor vehicles focused on a racer who is too cocky for his own good. Do we really need a sexualized vehicle for our “hero” to fawn all over? Does the target audience have the maturity range and experience to appreciate this nuance of the story? I’m pretty sure most of the target demographics still think boys/girls are gross and don’t even have the understanding their parents are a boy and a girl…they’re just “Mom” and “Dad” still.

Just like most other stories and movies with absolutely nothing else to motivate the main character or make anyone remotely likable, the entire point of this romantic sub-plot is to be motivation for the main character, Lightening McQueen and provide something for a female lead to do: Be pretty to drive the plot forward. After all, everyone knows a woman in these stories can’t be separate or provide a means forward in the story by herself, unless she’s the single focus character in her own story, and even then, she has to be so overwhelmed by the fact she’s even just living that we’re happy to see her reach mediocrity by anyone’s standards. Likewise, the main character in these types of stories simply cannot have the motivation for doing what he desires without doing it to provide a nice big ego boost and status symbol for the woman.

Wait…what? The movies Blade and Terminator 2 showed you don’t have to put this type of dynamic into a movie with strong female characters and one of them is the main focus character in the movie? Well, fuck my ass sideways on a Sunday while calling me Victoria! You’re right! It can be done!

Screw this movie and the world they built. The entire thing makes no sense and the only thing worse is Planes. Yes. That’s real.